Proton transfer is an essential step in many molecular processes. Consequently significant research efforts have been placed on developing simple models of this transfer in order to identify those representations in which the transfer mechanisms are most apparent. In the condensed phase, the pioneering theories of Hynes and collaborators provide a clear example of how choosing the correct representation, can lead to deep insights into the role of solvent in the proton transfer process. Gas phase studies have also played an important part in elucidating optimal representations for viewing proton transfer. Tropolone, malonaldhyde and formic acid dimer (FAD), are well studied examples where a wide range of quantum and semi-classical techniques have been developed clarify the various factors that contribute to proton tunneling. In a series of papers we have studied the double proton transfer of FAD (shown below), with the long term goal being that what is learned for this simple system will give insights into more complicate biological counterparts (shown below). 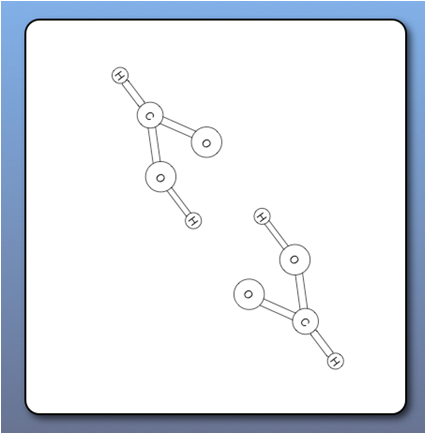 One goal of our research is to predict the the tunneling splitting patterns that are associated with the double proton transfer in the gas phase. The figure below shows a schematic potential energy surface

The challenge of calculating the splittings is that there are low frequecy dimer modes that govern the distance between the monomers and their relative orientation. These modes have profound affects on the splittings. Click on References below to see our published work.